Why family farms must be protected 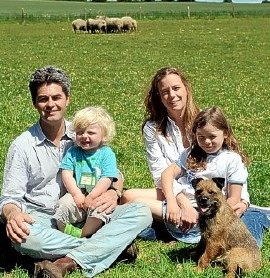 A recent open meeting of the Family Farmers’ Association (FFA), held at Westminster, brought together a core group of individuals, organisations and policymakers to discuss ways to support and protect smaller farms.

With the UK rapidly losing its traditional farming culture, groups like the FFA and the Land Workers Alliance (LWA) see protecting smaller farms as a priority. Recently released policy documents by both organisations lay out their ideas, with the LWA’s Equality in the Countryside and the FFA’s Plans for a Happier Countryside both calling for radical change to an economic system that continues to price most small farms out of the market. As James Moorford, FFA Joint Chairman says, “We are now in a rush to the bottom.”

The EU’s Common Agricultural Policy (CAP) frequently fails to support those who need it most. Payments are based on area, and those who farm less than five hectares are ineligible for support. This is one factor pushing some farms to expand, while smaller farms drop out.

In contrast, there is a rising number of, what Agriculture Minister George Eustice called, small ‘hobby’ or ‘lifestyle’ farms, which has only increased the tendency of the farming industry to not take smallholdings seriously.

One LWA member pushed the Minister to consider lowering the subsidy eligibility limit to below five hectares. But his reply emphasised his preference for maintaining the status quo, arguing there would be very few ‘real farmers’ with so little land. When asked whether Community Supported Agriculture (CSA) should be eligible, he said he had never heard of CSAs.

A limit to CAP subsidies was also discussed. Both the LWA and the FFA would like to see a subsidy ceiling of no more than £150,000 per farmer. But again, the Minister was unwilling to take any radical steps, arguing that large farms would simply split into two smaller units in order to get under the limit.

And with the Defra budget being slashed by 30%, it’s not surprising that there is little enthusiasm to make serious changes, particularly where they would entail extra time and money in administration and regulation.

Land prices have doubled in the last 10 years alone. This makes the likelihood of owning land almost impossible for new entrants. It also means that the wealth of family farms is tied up in land and property, increasing the temptation to sell up instead of passing on the farm as one unit down the generations.

The key to addressing this surely lies in preventing the sale of farmland to non-farmers. Farmland should have some conditionality attached to it, in the same way as a listed building or a business. This would automatically exclude many of those who buy land simply as investment or for speculation. If bought, the land must be cared for and farmed, and this could be done either by the owner or a tenant farmer.

The sale of council farms is also becoming increasingly common, particularly following local authority budget cuts. The LWA calls for the sell-off of county farms to be halted and for local authorities to be re-empowered to acquire land for letting.

The countryside is an expensive place to live and this is forcing many local people and farming families out of the villages where they grew up. The LWA’s Rural Manifesto calls for the increased investment of council and social housing in villages. But for rural areas to be truly ‘affordable’ there also needs to be work, shops and services available. Maintaining family farms therefore plays an important role in rebuilding rural cohesion and economic viability.

Unfortunately, putting family farms and local businesses at the heart of the food system does not seem to be a priority for policymakers. The problem for family farms, according to Eustice, is that they do not have enough clout. His preferred solution to this would be a franchise system, whereby farms enter agreements with large companies which then shoulder some of the burden, thus spreading risk more fairly throughout the food chain.

Big companies sharing some risk is all very well if we want to continue with a food system dominated by multinationals and driven by free trade competition. But small, family farms will never fare well in this sort of environment, and the UK’s food security would suffer as a result.

Why family farms must be protected

Small farms can in fact be very productive, growing abundant food on relatively small pieces of land. Because they are often cared for by generations of the same family, the people are heavily invested in the land and have a strong emotional attachment to it. It is therefore well cared for and not simply mined for its fertility and resources.

But there are some things that are harder to value, and according to Moorford we must adjust our thinking and find a way to value smaller farms for their moral, social and spiritual aspects. We should, for example, pay farmers to care for the landscape, encourage biodiversity and maintain public access.

The decline of family farms is therefore having a devastating impact in the UK. With the disappearance of those who have maintained Britain’s traditional farming knowledge for generations, the food system will become highly dependent on intensive mechanised farming and imports. The loss of family farms means the loss of the historical foundation of the farming industry and a major part of the UK’s heritage and cultural identity.

This decline is already evident in the impact on social structures within rural communities. Farming has become more isolated, leaving farmers feeling unsupported and the consumer disconnected from the processes of food production.

All these issues must be included in any attempt to value family farms, because they are worth so much more than the price of a commodity. But it is clear that if we do not act fast, something deeply important – in ways we perhaps cannot comprehend – will be lost.