Plans for Isle of Skye Abattoir in Jeopardy Following Brexit 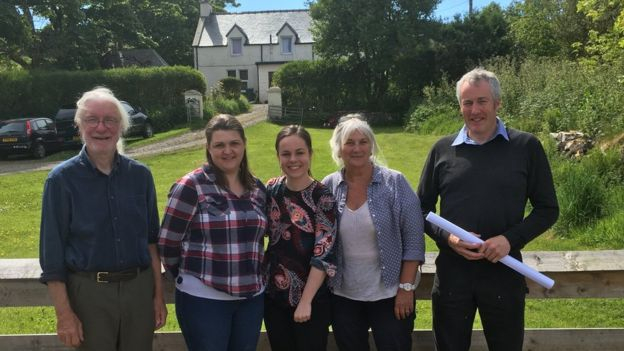 A campaign designed to put the Isle of Skye on the global gourmet map by promoting the origins of rare cuts of local meats is now under threat amid fears over securing vital European funding following Brexit.

The island had an abattoir before it closed several years ago and the new micro-abattoir planned for a site in Portree would provide a service to local crofters and meat to island businesses. Thos behind the scheme see that labelling locally-reared produce as Isle of Skye could transform the island into an international “foodie destination”.

Once built, the micro-facility on Portree would allow small-batch Isle of Skye-labelled lamb, beef and pork from rare and native breeds reared on the island to be identified on menus and marketed worldwide for the first time. This includes Hebridean lamb, Soay mutton and Highland beef.

Crofters, farmers and chefs have been campaigning for decades to develop the island’s own abattoir as part of moves to market the produce internationally. Now, however, the UK’s plans to leave the European Union have put in doubt vital EU funding for the £1.5 million project.

Donald Murdie, a crofter near Dunvegan Head who tends a flock of Hebridean sheep and is a member of the campaigning Skye and Lochalsh Meat Supply Group, said: “This micro-abattoir would be good for animal welfare because it would put an end to the 140-mile round trip to the existing abattoir in Dingwall, which has been in place since the old Skye abattoir closed in the early 1990s.

“It could really put Skye on the global gourmet map and make it a foodie destination, because it would mean locally-reared animals can be finished, killed, processed and packaged on the island, meaning it can be labelled as Isle of Skye.

“This is really important in an age where provenance means so much to consumers worldwide. For them to know their high welfare beef or lamb comes in small quantities from the beautiful island of Skye and its surrounding areas is priceless and could really build our rural economy.”

The Brexit vote may have hampered the EU funding bid.

Campaigners hope to raise seven per cent through local donations, events and a crowdfunding appeal.