Chicken in the UK: A snapshot 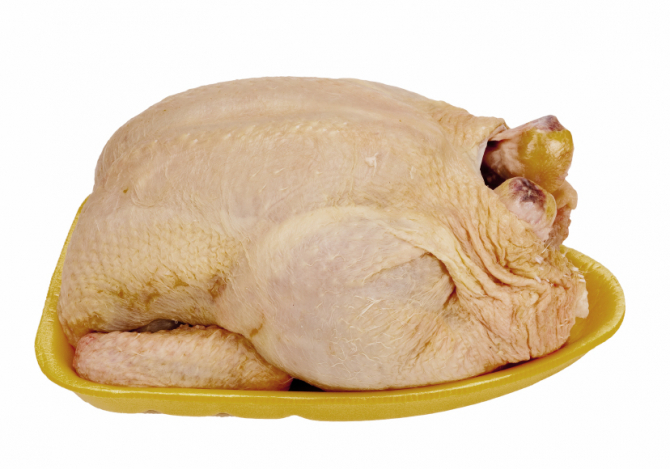 On the heels of a very public campaign by animal rights group Wakker Dier, leading Dutch supermarkets have decided to stop selling the most intensive types of factory farmed chicken. The move will have a radical impact, halving the amount of meat from super-fast growing breeds on Dutch supermarket shelves, with a knock-on effect to production and farming.

So as the Netherlands makes waves in the fight against factory farming, where does Britain stand? “On the poultry agenda in the UK there’s been a lot of positive moves on the way egg laying hens are kept,” says Philip Lymbery, CEO of Compassion in World Farming (CIWF), “but on the meat chickens, we’re still in the dark ages”.

Back in 1950 the average Brit ate less than one kilogram of chicken a year, today we eat two kilograms a week. 800,000 of us eat at Nando’s every week. Modern tribes of ‘clean eaters’ revere chicken as the ‘cleanest and leanest’ fuel for shaving muscle and burning fat. London’s teenagers flock to the city’s8,000 fried chicken shops, leaving the city awash with bones. Everybody, it seems, loves this white meat, and it all adds up: we get through 2.2 million chickens a day.

Around 80% of these are super-fast growing factory farmed birds, the UK equivalent of what Dutch campaigners dubbed ‘plofkips’, a graphic title that translates as ‘exploded chicken’: animals that live for just six weeks, in which they are genetically bred to grow or ‘blow up’ from 50 gram chicks to heavy-breasted two kilogram birds.

Whether British or Dutch, these intensively reared creatures are likely to share the same DNA as four out of five of the world’s chickens originate from just two modern breeds: Ross and Cobb. These bestselling breeds are marketed worldwide by poultry breeding giants for their “feed efficiency and robust performance” and “best growth rate and ability to thrive on low density, less costly nutrition”. In other words, they get plump fast.

The often sordid conditions in which factory farmed birds are reared has been well documented. Typically they are packed into windowless sheds in their tens of thousands; they stand in their faeces and urine on unchanged litter throughout their lives, and grow so fast they can struggle to stay on their feet, often becoming lame, developing skeletal disease, breast blisters, heart failure and hock burns. They are frequently given antibiotics in their feed or water to keep a lid on the diseases that are almost endemic to this type of poultry production.

Animal welfare campaigners have highlighted the cruelty of intensively rearing poultry over the years, but recently other problems linked to factory farmed chicken have been making the news, flagging up the serious threat that it poses to human health and wellbeing.

In 2015, the Food Standards Agency (FSA) published the campylobacter contamination rates – the potentially deadly food poisoning bug that infects 280,000 people a year in the UK and kills 100 – across retailers and supermarkets. An average of 73% chicken on sale in supermarkets and butchers was contaminated, 19% of which was classed ‘heavy contamination’, and alarmingly 7% of packaging was infected, meaning the bug could spread to other fresh food.

Despite hard lobbying from supermarket bosses, the FSA named and shamed the supermarkets; Asda emerged as the worst, with 80% of its chicken testing positive.

Around the same time, alarm bells warning of the ‘silent tsunami’ of antibiotic resistance began to ring more frantically when the gene making bacteria resistant to colistin, the last line of antibiotic, was discovered in humans and pigs in England and Wales.

Though sometimes framed as a far-off apocalyptic nightmare, antibiotic resistance is already having a significant impact, with drug resistant infections implicated in 700,000 deaths a year worldwide. The World Health Organisation has stressed that antibiotics should be used only to treat infections and not preventatively in healthy animals. CIWF estimates that 45% of antibiotics in the UK are used to treat animals, particularly factory farmed pigs and chickens and about 80% of these are given in feed or water to all the animals in a flock or group.

Another recent media spotlight has focused on the working conditions of those employed within the UK’s poultry industry. A 2015 Guardian investigation found poor terms and conditions in chicken barns, processing plants and abattoirs. One ‘catcher’, whose job was to round up birds to be taken to slaughter, recalled catching four or five birds in each hand as fast as possible, working up to fifteen-hour shifts, under pressure to meet his quota of 5,000 to 7,000 birds a day. In this environment work related illnesses are common, but a climate of fear means employees hesitate to take sick days. Those that do often face serious consequences: one employee received a formal warning for missing work, while hospitalised with campylobacter.

Problems like antibiotic resistance and workplace abuses may yet make an impact on the public – and change buying habits – where the animal welfare issue hasn’t, despite the screening of peak time TV programmes and high profile campaigning by celebrity chefs Jamie Oliver and Hugh Fearnley-Whittingstall.

This deadlock on cheap, factory-farmed chicken stands in stark contrast to radical changes in the nation’s egg-buying habits. Sainsbury’s, Morrisons, The Co-op, Marks & Spencer and Waitrose have all stopped selling caged eggs, and 45% of all egg production in the UK is now free range or organic. This differs hugely to the chicken market, where free range and organic makes up just 6% of production. Why the difference? “I think there’s a level of awareness about free range eggs versus cage eggs,” says Lymbery, “I do not think the same level of awareness applies to meat chicken. I think most people would be horrified to find that the average cheap chicken was killed at just six or seven weeks old, as a creature that had grown hugely and abnormally fast.”

This difference in awareness could come down to labelling. In 2004, the EU, following huge campaign efforts, passed legislation requiring that all eggs be labelled – including those from intensive systems. When caged eggs began to be labelled as such, consumers changed their habits. Lymbery argues that the same labelling rules must be applied to all chicken. “A factory farmed chicken will often be labelled ‘fresh’ or ‘farm fresh’, and opinion polls tell us that a substantial number of people think that fresh means the same as free range. When it couldn’t be further from the truth. Fresh means fresh from the factory farm.”

Price is another issue. The cheapest factory farmed chicken from Tesco costs £4, its free range equivalent £7.22, while an organic bird is more than triple the price at £13. A half dozen free range eggs, in comparison, cost just 89 pence. Persuading consumers to opt for the dearer chicken option will prove tough.

Here, true cost accounting – the idea that hidden environmental and social costs such as deforestation and pollution caused by growing soya and maize for chicken feed, processing manure, treating food poisoning bugs and dealing with obesity, or the cost of antibiotic resistance to us all, should be factored in to the final cost – could offer a solution to narrow the price gap.

The advice from the Netherlands is simple though. “Start with the big supermarkets, and start with the ones with the best image, where consumers are willing to pay a bit more”, says Hanneke van Ormondt of Dutch campaign group Wakker Dier, who successfully forced the country’s two biggest supermarkets to delist the worst of factory farmed chicken. Lymbery agrees, “talking with the ‘super-consumers’, the major supermarkets, who buy a lot of chicken from producers is a really smart move. And when you get one supermarket agreeing to make a change then change can happen very quickly”.